Back to the Networking Future 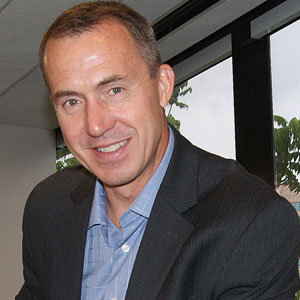 Is what’s old new again in Enterprise Networking? Jim Houghton, CTO of the Americas Region for CSC, takes the long view in this look at the technology today and what’s ahead in 2017.

What goes around comes around—and boy does this adage hold true when it comes to enterprise networking.

In recent weeks, I’ve read industry articles heralding networking as the “foundation of the digital transformation” and a technology undergoing a “wholesale reimagining.” I’ve heard sweeping predictions about what 2017 will bring to the space, mostly focused on automation, virtualization and software-defined networking.

As an IT professional who has worked in this space for more than 25 years, I sometimes feel as though I’ve seen it all—and then seen it all again when it comes to enterprise networking.

In the early 1990s, I worked at a carrier and provided networking services that included voice over data lines. Now, we talk about unified communications—the integration of chat, voice, mobile, etc.,—as the newest and best innovation. In a lot of ways, it’s just a tweak on what we provided clients with 20-plus years ago.

I like to think of the network as the original “cloud”—a term co-opted for computing 20 years later. And in those good ol’ days, we had virtual LANs (VLANs) and VPN long before anyone thought to apply that thinking to computing.

I’ve watched as networking practices shifted every few years with the introduction of innovations that captured the attention of IT decision markers. When compute capability appeared to exceed network speed, networks raced to catch up. The cat-and-mouse game led enterprises from centralized computing to two-tier applications, three-tier applications, parallel computing, and now cloud, containers and beyond.

Today we’re talking about “serverless” computing, which in my humble, “telco-reared” opinion resembles the centralized computing of my early days in the field. (And before I’m besieged with folks taking umbrage at the thought of comparing mainframes to serverless computing, please consider that I’m viewing it from a networking lens.)

We know that networking is—and always will be—central to the enterprise. It’s a utility people rarely notice, and when they do, it’s because something has gone wrong. (And no wonder they take note: An often-cited figure from IHS Markit puts the cost of network downtime for an average-sized enterprise at $1 million a year.)

So the function of networking has been and will remain the same: to securely and consistently connect employees, their applications and their data. That will never change.

But it has admittedly gotten more complex as we add new devices, new ways of working and new customer expectations to the mix.

From the perspective of the IT decision maker, the priorities have shifted. We talk more about security, scalability, flexibility and the need to accommodate trends we didn’t envision years ago, including the massive communication requirements of the Internet of Things and machine learning. Cost saving is a priority now as much as it ever was—and businesses continue to look for technologies that will meet their needs today while preparing them for the future.

So where does that lead us? To the adoption of flexible, software-defined and wireless technology; an emphasis on “open source,” “multivendor” and “disaggregation” in an attempt at future-proofing; and an interest in cloud-native virtual network functions that take advantage of the cloud.

Chief information officers, technologists and network administrators will continue to reach for the best tools on the market to provide the best connections they can for their business. It’s the same goal my clients had back in the ’90s, and the same goal I help clients achieve with CSC.

If I can provide any insight to the space, it’s in the long view: Remember that although today’s technologies are often marketed as “bleeding-edge,” they have roots in established approaches and tools. While networking and IT Ops people are often hardwired to resist change (change is what breaks things, right?!), now’s the time to try something new.

The technology lives up to the hype, and it’s built upon foundations laid 20- plus years ago in the networking space. So don’t be a laggard with this round of networking innovations. Your business will thank you!