Don't Give Up on IT as a Competitive Weapon

Don't Give Up on IT as a Competitive Weapon 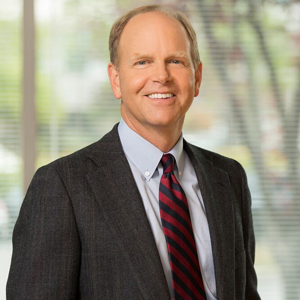 On October 14, 1947, nearly seventy years ago, Chuck Yeager broke the sound barrier after testing aircraft prototypes for years. Prior to this historical achievement, airplane designers had concluded that traditional planes wouldn’t survive the stress of supersonic flight, so test pilots became a critical resource to find a new aeronautic design ready for the demands of high-speed flight. According to the official Chuck Yeager website, “he became the test pilot of choice among engineers because he flew with such extraordinary precision that his data points were always right on target.”

Most CIOs have similarly concluded that simply running traditional IT organizations harder will not get their companies through today’s economic barriers of flat budgets and limited IT skill sets. One CIO recently described his frustration in managing separate server, storage, and network teams that were all individually under-funded. “Working harder isn’t working,” was her comment. What is needed is new thinking on how IT teams can be organized, managed, and funded as a single entity.

To talk about IT silos is to open up a politically charged discussion. Any given storage, server or network team manager can elaborately describe how their given discipline requires unique expertise, management skills, and eventually budget. The uniqueness of each management silo is real, because legacy systems invoke hardware-defined architectures that address a single problem from a single resource that must be managed separately.

For CFOs, this hardware-defined legacy IT has been an incredible source of frustration. Managing costs across an organization is challenging to start with and segregated budgets compound the problem. Traditional systems make it difficult to scale IT resources at an aggregate level, because they require lumpy investments across individual resources. Legacy systems further reduce vendor negotiating leverage because IT dollars are spread across a fragmented supplier base.

This inflexibility of IT silos has led many CEOs to conclude they can no longer develop IT as a competitive differentiator. They fear they can’t be competitive with larger competitors who can fund critical mass across IT silos. They don’t have the expertise to negotiate power struggles across compute, storage, and network leaders. And they tire of waiting for long-term fixes to near-term needs.

HCI is made possible because of a unique timing in silicon and software innovation. On the silicon front, the inexorable progression of Moore’s Law has made CPU cores powerful enough to affordably manage both compute and storage processes. Furthermore, the high volume production of flash for mobile phones has made flash affordable in enterprise systems. Flash is critical for HCI because it allows scale-out systems based on industry-standard servers to match the performance of legacy storage systems. Finally, hypervisors, such as VMware vSphere, have added storage and network management functionality to integrate resource management and eliminate legacy management silos for each IT domain.

Many early adopters of HCI have been impressed with the cost savings of resource consolidation. But this cost view pales before the far-reaching opportunity for HCI to consolidate IT organizations. The real benefit of HCI is to consolidate not just infrastructure, but the management of infrastructure. CIOs looking for breakout solutions to tough digital transformation challenges are finding that integrated infrastructure facilitates integrated problem solving.

A classic business school case study is to show that teams working together are more creative problem solvers than individuals working alone. The same dynamic applies to IT, where teams working together on networking, compute, and storage issues are more likely to solve problems in innovative ways. One director of IT described HCI to me recently by saying, “We used to look down at our infrastructure. With HCI, we are able to look up at the business.”

But the consolidation value of HCI is also its biggest roadblock. For every CIO that wants more control and every CFO that wants more financial leverage, there are legacy IT teams that worry about their domain expertise and power base. The political challenge of HCI is that, it pushes teams to expand their charter from optimizing a single IT resource to optimizing IT as a whole.

To get started with HCI, you may need to find the Chuck Yeagers in your organization, who will take on established norms and act as the test pilots of the software-defined data center era. There are low-risk ways to get started such as test/dev, virtual desktop infrastructure (VDI) or disaster recovery (DR) systems. These markets allow IT organizations to experience the management and cost benefits of HCI with limited risk.

But others may want to move more quickly to realize the benefits of HCI in regaining competitive advantage at a time of great change and digital transformation. The attraction of HCI for mainstream customers explains why HCI is the fastest growing market in storage today and why IDC forecasts the market will grow to $ 4.8 Bn by 2019.

Fortunately, it’s possible to start small with HCI and then scale out. Because the architecture is built on standard servers, initial investments are minimal, relative to legacy systems and resources can be dynamically added to a running system. HCI systems can be grown incrementally over time to eliminate the forklift upgrades that stress budgets and limit flexibility. And like the first supersonic planes, HCI leverages proven technology. Virtualization administrators can “fly” HCI because the new design extends the power of virtualization from compute to include shared management of storage and networking resources.

There has never been as competitive an environment that is competitive as now for business. HCI is that new aeronautic design that can help IT break economic and management barriers and deliver IT as a long-term competitive asset for businesses of any size. Find the test pilots in your company who can break through the political barriers that stand between your company and IT excellence. You may find that IT can once again work for you.